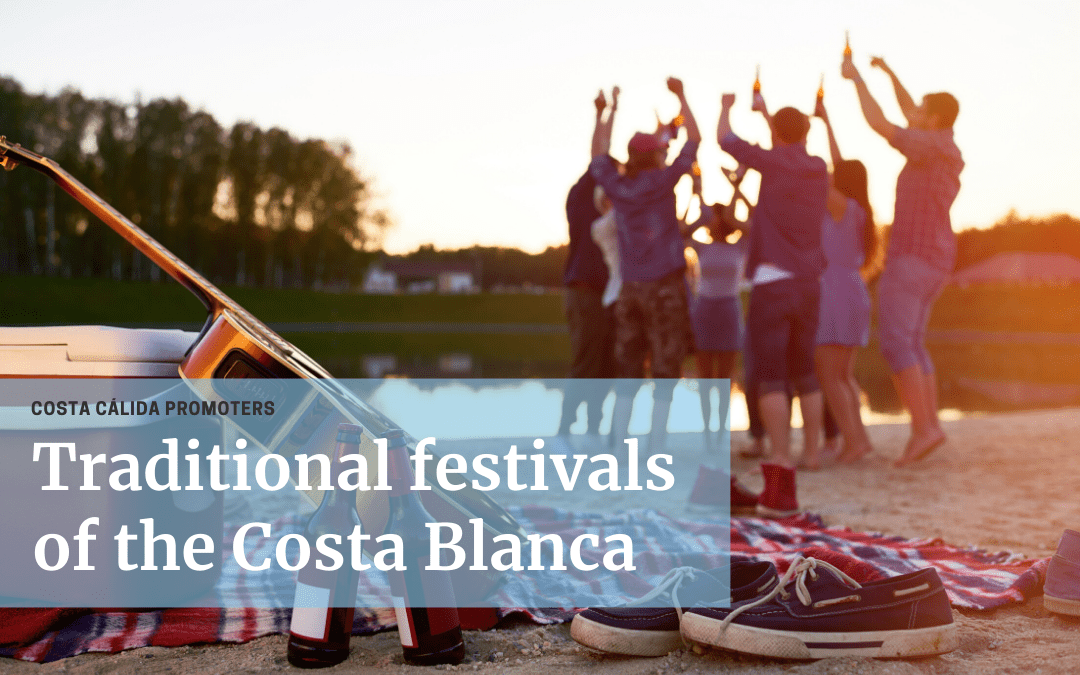 TRADITIONAL FESTIVALS OF THE COSTA BLANCA

The home is the most important thing. We are well aware of this at Costa Cálida Promotores. But we cannot lock ourselves up in our home, however beautiful it may be. We have to go out, socialize, discover, live….

That’s why this occasion we are going to talk about something we and millions of people who visit us every year are passionate about: the traditional festivals of the Costa Blanca.

Have you got your pen and paper ready to take notes? Well, here we go.

Traditional Festival of the Costa Blanca

Without a doubt, the most important festivals on the Costa Blanca. It brings together millions of visitors who stroll among the ninots marvelling at the technical and creative display. That is, when they are not enjoying the mascletá, a fireworks display like few others in the world. It is held in mid-March, bringing the towns of the Costa Blanca to a standstill.

But what are the ninots? They are huge sculptures with an exquisite taste for detail that are made for a whole year to fulfil a single purpose: to burn on the Night of the Cremà. All of them… except one, the winner of the Fallas, the work that has managed to make an impact due to its technical level and its detail. That work contemplates how the rest burn.

The centre of the Fallas is undoubtedly Valencia, but all along the Costa Blanca we can find the same essence, and even improved, as we will not have to fight against the tourist hordes that flood the streets of the capital of Turia. 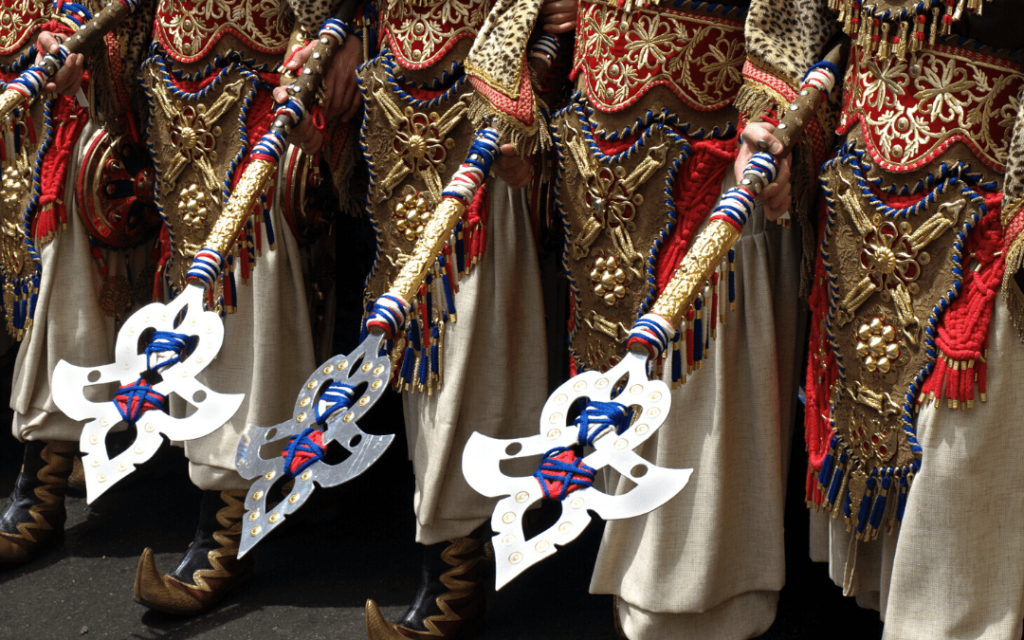 Of a much more historical nature than the Fallas, this festival is spread throughout the Costa Blanca. It commemorates the victory of the Christians over the Arabs in 1279. It lasts several days and includes parades, battles, markets… A historical re-enactment with festive overtones that make it one of the most important and varied festivals in Spain.

If you want to discover history, remember battles or taste food from the era, you have a date with the Costa Blanca in September. 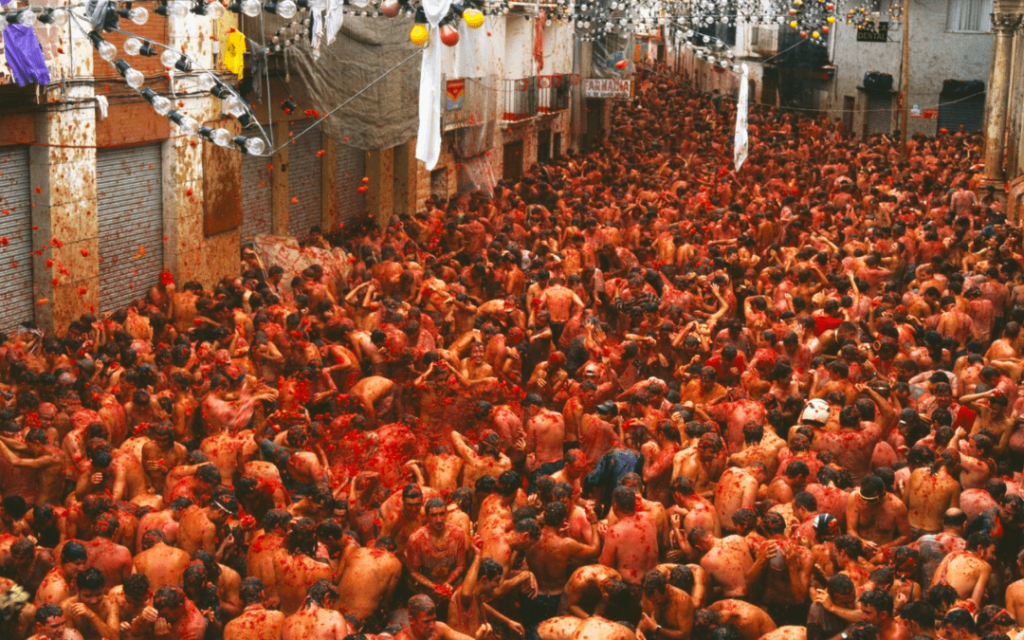 We leave history and spectacle aside to take a look at a festival that has gained an international repercussion as rarely seen before: the Tomatina.

What is La Tomatina? Without a doubt, it is one of the most peculiar festivals in the world. It consists of gathering in a town square (Buñol) on 29th August. What for? To throw more than 100 tons of tomatoes at each other. Yes, you read that right. More than 100 tons of tomatoes. Without ceremony or rules. The trucks unload the tomatoes, people pick them up and throw them at each other.

That’s Tomatina. So simple. So peculiar. So attractive. 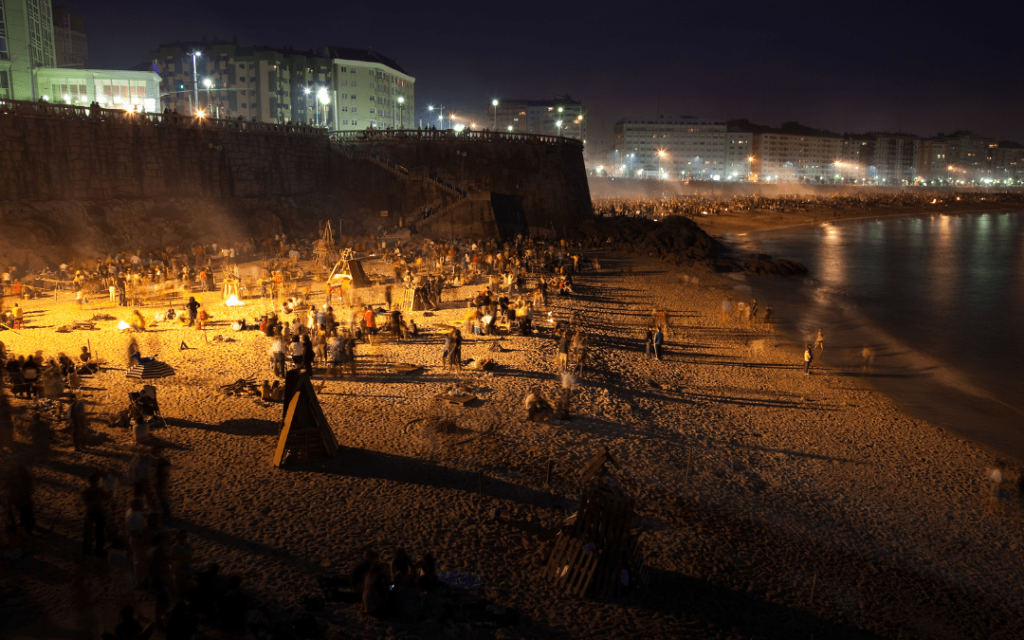 The most magical night of the year for the inhabitants of the Costa Blanca. It is celebrated from the 23rd to the 24th of June all over the Levante. What does it involve? Spending an incredible night with friends and family on the beach. Hearty dinners, drinks… and bonfires, lots of bonfires, hundreds of thousands of them spread all along the coast that defy the night.

Do you want to experience a night of San Juan? Then don’t forget the tradition: you have to swim, run out of the water and jump over a bonfire. Oh, and don’t forget to share with those around you the traditional coca, a huge cake decorated and accompanied with wine.

Nights will never be the same.

The Costa Blanca is full of fiestas and traditions that will leave you open-mouthed. Every village, every corner, every big town… They all have their own way of celebrating the historic and the unique, whether it’s with huge constructions made for the fire or with a cake, wine and a bonfire.

Don’t miss these and many other fiestas that we can’t fit here due to space problems. We assure you that you will come back to each one of them.

If you have any doubts or queries, please contact us through the means indicated on this page. We will be delighted to help you.